Thank you! Your submission has been received!
Oops! Something went wrong while submitting the form

The story of the Europeans who came to be known as Mennonites is unique: passionate, violent, hard, heart breaking yet with a seam running through it like gold in a rock face – of determined faith, practical kindness, goodwill and steadfast hope. Many Mennonites trace their roots to Holland, Prussia and Russia in the centuries past and in recent times to Mexico and South America en route to settling in the US and Canada. Here were a people, hardworking and humble who laid their lives on the line for their faith but as a group were committed to Pacifism. Many lived as displaced people for most of their lifetimes.

The group is pervaded with a strong conviction that an understanding of Christian faith should lead to practical works of helpfulness. As Mennonites settled in the Greater Vancouver area in the fifties and sixties, the Mennonite Senior Citizens Society of British Columbia noted the growing need of its aging Members. Many could not afford to buy their own homes. With the input of members of several Mennonite Churches in Greater Vancouver, Menno Court was built in Vancouver in 1974 in response for this need for housing. Many who lived there were widows whose husbands had disappeared forever during times of persecution in Europe or during times of war.

As the needs of these clients of Menno Court and other places began to change over time, it became clear that an additional place was needed where the elderly could receive more extensive care. Land was purchased in Richmond and government approval sought to establish a Care Home. Eventually the plans were drawn up for the Mennonite Intermediate Care Home Society of Richmond. In June 1983 the 75 bed facility we now know as Pinegrove Place, opened its doors.

In the spirit of Christian hospitality all are welcome here, regardless of background and belief. Pinegrove Place has been working in conjunction with Vancouver Coastal Health since 1983.

Our team members work together to provide a home-like environment, while ensuring that the safety and comfort of all our clients is our priority. 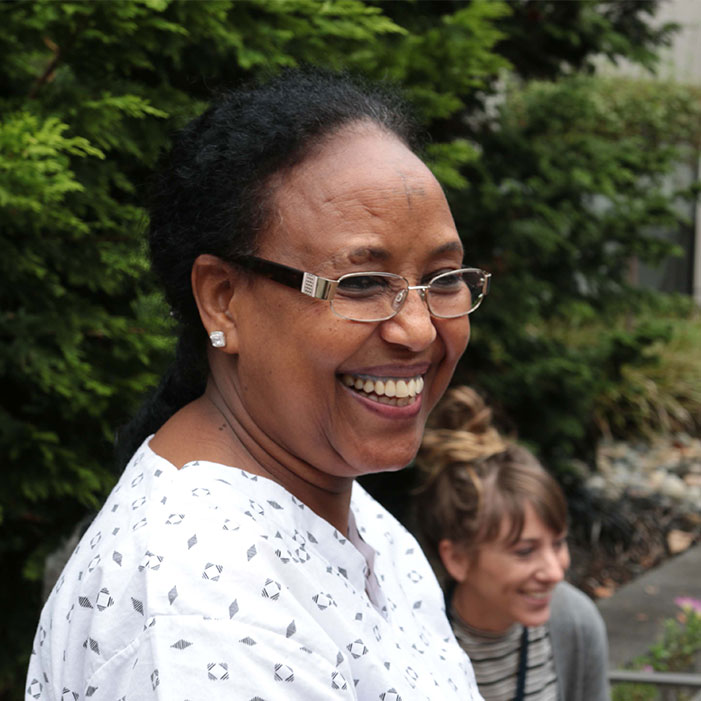 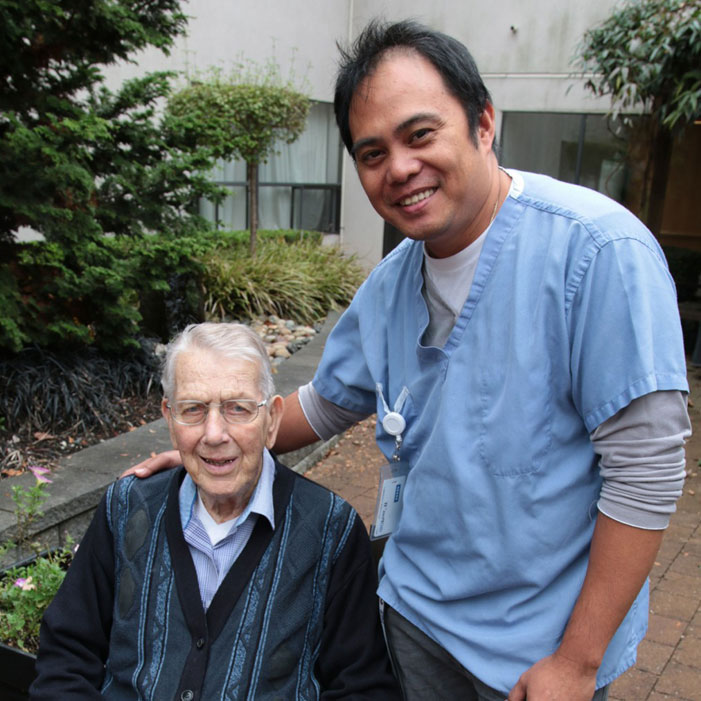 Healthcare accreditation in Canada is voluntary. The organizations that choose to become accredited do so to improve quality, reduce risk, and strengthen accountability. Pinegrove Place has devoted time and resources to identify what we are doing well and what could be done better, taking action to provide the best possible care and service to our clients. This journey becomes a cycle of improvement that benefits everyone. For further information see their website at www.AccreditationCanada.ca

Pinegrove Place was accredited in 2018. This acknowledges that Pinegrove Place has met the requirements of Accreditation Canada and is  committed to quality improvement. 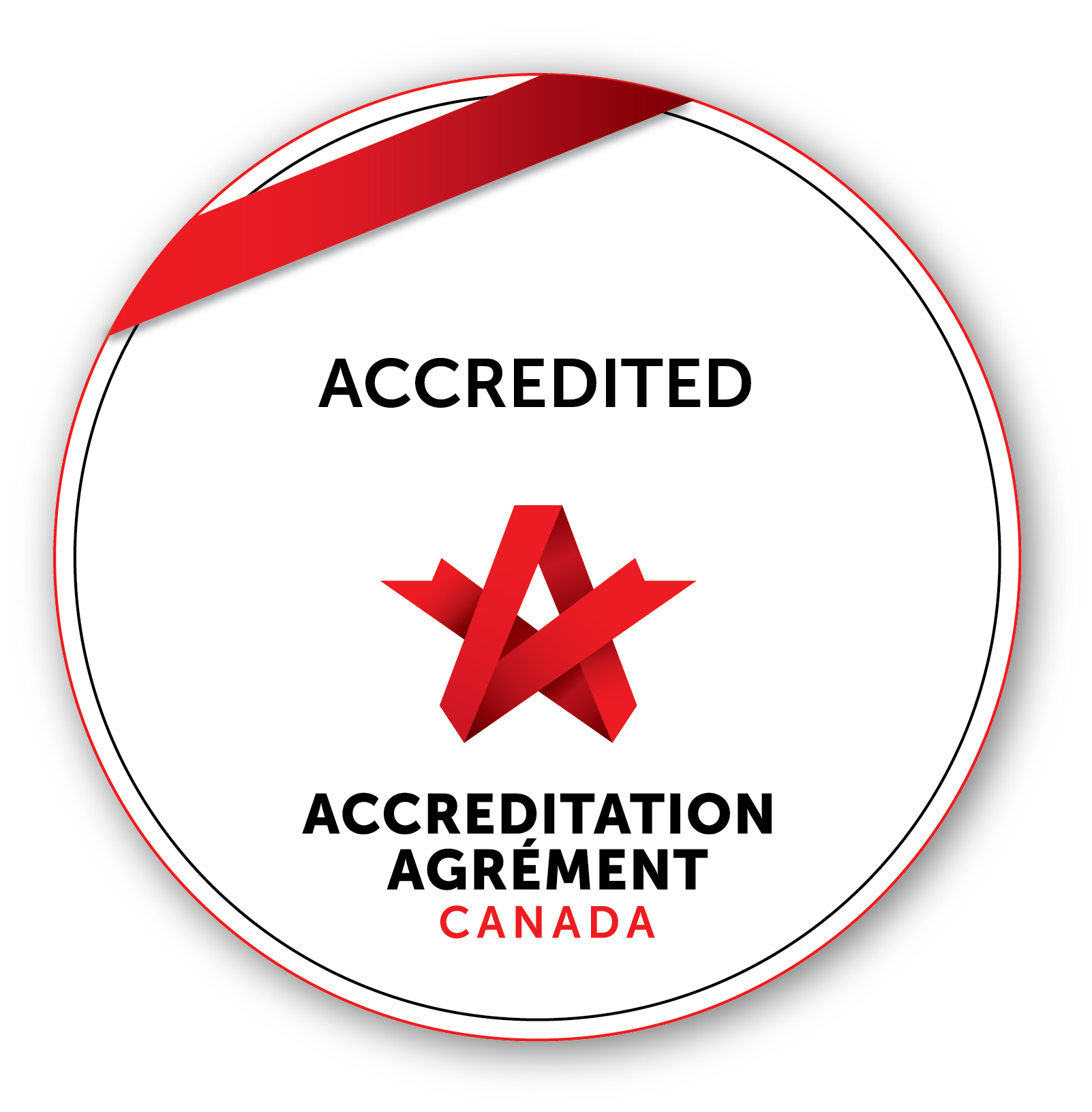 Our mission honours God with holistic care providing compassion, hope and life to the community we serve.

Our vision is to nurture the overall well-being and confidence of our community by providing a supportive home guided by Christian values.

Each individual is created in God’s likeness; our belief in the sanctity of life motivates us to treat all with dignity, compassion and respect.

Rooted in love, all relationships are nurtured by belonging, safety and commitment.

We strive to be faithful stewards, using our resources effectively to serve others.

We are committed to maintaining high standards to ensure the quality of life of the residents we serve.

We exemplify honesty, trust, and confidentiality consistent with ethical and moral principles.

Therefore as we have opportunity let us do good to all people.
Galatians 6:10

The board at Pinegrove Place is comprised of people from several Mennonite churches in the Vancouver Region. We share the common value to do well to all people and have applied this value to the community we serve. Our areas of expertise include: real estate development, contractors and building specialists, law, accounting, nursing, human resources, management and engineering. We welcome new people who have the same passion and want to contribute to this community.

Lorna is a retired CPA, CGA and CBV.  She worked for a mid-sized accounting firm in Vancouver for 40 years.

Lorna has been a member of Peace Mennonite Church for 40 years.  She currently serves on the finance committee and sings in the choir.  She has served on the boards of Ten Thousand Villages Canada and Mennonite Economic Development Associates. She has continued to volunteer with MEDA, assisting with internal audits.

Lorna has been on the Pinegrove Board for 25 years. For most of that time, she has served as treasurer and has been a member of the Management Liaison and Quality Improvement Committee. She became board chair in June 2021.